Home » Blog » Why Do You Need Uninsured and Underinsured Motorist Coverage?

Why Do You Need Uninsured and Underinsured Motorist Coverage? 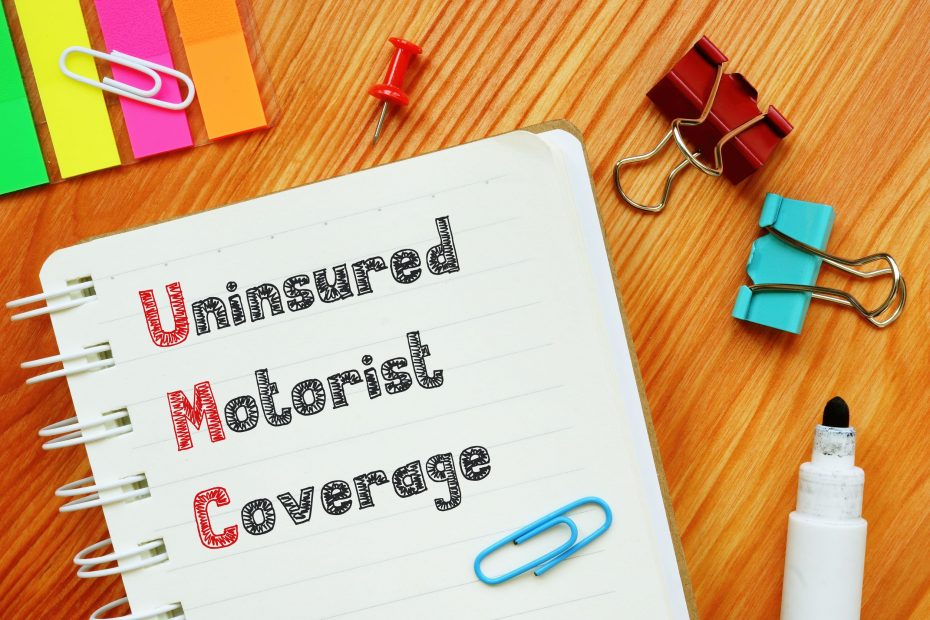 According to the Insurance Information Institute, 13% of the drivers in Ohio were uninsured motorists in 2019.  That’s one out of every eight drivers.  This is only part of the story.  Many insured drivers only carry minimum coverages.  This means that the driver’s insurance won’t pay any more than $25,000 to any person hurt in Ohio by their insured.  The coverage limit applies to all damages. It includes medical cost, lost wages and pain and suffering. With the economic distress caused by COVID-19, I suspect these numbers are even worse today.  People often cut insurance costs at times of financial distress. As such, more drivers are likely uninsured or underinsured today than before the pandemic. Due to these numbers, you should protect yourself with uninsured and underinsured motorist coverage.

What does this mean for you if you are the victim of a car accident?

If you don’t protect yourself before the crash, there is far less certainty that you will collect for all of your damages. This leaves the you in a real financial hole (real life examples to follow in future posts).  You can protect yourself by purchasing enough uninsured/underinsured motorist coverage.  If you have enough uninsured and underinsured motorist coverage, you can collect on all of your damages. On the other hand, if you don’t, you often can’t.

Uninsured/underinsured motorist coverage is an extra provision in your automobile, motorcycle, or umbrella insurance policy.  In other words, it is not automatically included in your policy in Ohio. With this coverage, your insurance company pays for damage caused by an uninsured or underinsured motorist.  If you don’t purchase this in addition to your general liability coverage, you gamble that the person who hurts you has enough coverage or can pay for your injuries.  Usually, these coverages cost far less than people think (see example later in this blog).

What happens if you are the victim of a hit/skip?

If you are hit by someone who flees, you may think there is nobody from whom to seek compensation. Your uninsured motorist coverage changes this. As long as you meet the terms of your policy, your insurance pays for your damages. Make sure you: get the names and numbers of any witnesses. Take photographs of the scene any any visible damage to your car. File a police report and notify your insurer. If you are hurt or need help with the claim, call me.

Your rates won’t increase from using your uninsured and underinsured coverage!!!

Ohio Revised Code Sec. 3937.23 prohibits your insurer from raising your rates for using the uninsured motorist portion of your policy. It specifically states:

In summary, it is against the law and bad faith for your insurer to increase your rates, because you use your uninsured/underinsured motorist coverage. You pay separately for this policy; use it if needed.

Why is full coverage often too little?

Many people think they are properly insured, because they bought “full coverage” on their auto policy.  This is often not the case.  “Full coverage” is not a defined term. As such, it often doesn’t’ include even state minimum liability coverages for uninsured/underinsured motorist coverage.  The term only refers to types of coverage, not amounts.

What is the difference between uninsured and underinsured motorist coverage?

Uninsured motorist coverage protects you from the person who caused without valid insurance.  Your insurance carrier steps into the shoes of the at fault party, and pays for your provable damages, but not to exceed your policy limits.

Underinsured motorist coverage protects you from the person with too little insurance for the value of your damages. As long as the claim is handled properly, you can collect damages greater than whatever the responsible party has in limits.  However, Ohio law allows for “anti-stacking.”  This means your limits are reduced by the amount of the liability coverage available for the other driver or responsible party.  If you have equal or lesser limits, usually you cannot collect anything above the liability coverage from the insurer.

How can I protect myself and learn more about uninsured and underinsured motorist insurance?

Insurance agents often don’t tell their clients about these coverages or why they are so important.  Some agents are afraid of quoting higher rates than competitors.  Although higher coverage costs more money, the cost/thousand goes down as the total limits go up.  For example, when I increased my limits by up to $700,000.00, the increase in cost was less than $4/month.  I was surprised by this. I glad I asked my insurance company to quote the higher limits!  Insurance is one of the few things we pay for that we hope to never use. Because I made that change, I sleep better knowing that my family and I are protected if we need it.

Talk with your insurance agent today. Make sure you understand what he/she is selling. Also, understand what risks you are taking by choosing lower limits.  Renew this conversation with your agent at least once per year.  Just like your other major financial decisions, make this choice informed.

Have you been injured in an auto accident? Get proper medical care and let your doctor know of all of your physical and emotional changes from the crash; and, call ME, Michael Eisner at 216-905-2200 for a free case evaluation. On most cases, I only charge a fee when I am successful in getting you a recovery.

Michael Eisner has been proudly representing injury victims in Ohio for over a quarter century. http://michaeleisnerlaw.com/contact-us/