Home » Blog » DRAM SHOP ACTION: HURT BY A DRUNK, WHO CAN YOU SUE?

DRAM SHOP ACTION: HURT BY A DRUNK, WHO CAN YOU SUE?

A dram shop is a bar or any other establishment that serves alcohol. Many victims of drunk drivers mistakenly believe they can only collect from the drunk driver. However, there are circumstances under which the victim can also sue the dram shop. Ohio Revised Code Sec. 4399.18 creates a dram shop action when the permit holder or an employee of the permit holder knowingly sold an intoxicating beverage to a noticeably intoxicated person or a person under the age of 21. The intoxication must proximately cause the personal injury, death, or property damage. When the injury occurs on the permit holder’s property, including in the parking lot, the dram shop is responsible for its negligence (such as a bar fight).

WHAT EVERY VICTIM OF A DRUNK DRIVER NEEDS TO KNOW

We, as a country, are finally coming out of the grips of COVID-SARS-19 and the shutdown that it brought on. While President Biden continues to push for the unvaccinated to get the shot, many adults still have not chosen to get the injection. Things opened back up, and people rejoiced in their renewed freedoms. We are gathering and partying like the roaring 20s. Because of that, drunk drivers may be worse than ever!

Halloween and Thanksgiving are just around the corner. I expect people will gather, drink, party, and rejoice again. However, I also know that many won’t take advantage of Ubers, Lyfts, and taxis. Many won’t follow the designated driver rule. As a result, many innocent people will find themselves in car accidents – the victims of drunk drivers. What should they do? Against whom should they make claims? How will they be treated fairly if the driver is uninsured or underinsured (see my earlier blog at http://michaeleisnerlaw.com/why-do-you-need-uninsured-and-underinsured-motorist-coverage/).

YOU HAVE BEEN IN A CRASH, AND YOU SUSPECT THE DRIVER OF THE OTHER CAR IS INTOXICATED, WHAT SHOULD YOU DO?

Let’s look at a hypothetical event. You and your family are driving home from a Halloween party. Another driver runs the red light and slams into your car as you go through a green light. The driver gets out of his/her car and starts yelling at you through the window. He/she is slurring her words and reeks of booze (or other substances). What is the best thing to do?

If it is safe to do so, stay in your car. Crack your window (if it still exists and works) and call 911. 911 calls are all recorded, so if you have them on speaker, the call may record the other driver’s behavior. Report to the 911 operator about how everyone in the car is doing. After asking for an ambulance if needed, tell them the other driver is drunk and being nasty. When the police arrive, make sure they know why you think the other driver is intoxicated. Make sure you get all information from any possible witnesses. If you can, you may even take out one of your phones and record the other driver.

The police arrive and separate you from the other driver. Hopefully, they do a sobriety test on the other driver and have him or her take a breath or blood test and cite them with DUI. The police will then tell you whether the other driver had insurance and exchange information. You should go to the emergency room if you have any pain or other symptoms of injury and follow up with your doctors as needed. As soon as possible, you should call and hire a personal injury attorney to protect your interests! Either you or your attorney (if you’ve hired one) should promptly notify your insurance company of the crash.

YOU FIND OUT THE OTHER DRIVER DIDN’T HAVE COVERAGE THAT PAYS FOR YOUR DAMAGES, WHAT NOW?

Days have now passed since you were hit by a drunk driver. You haven’t heard from his/her insurance company. The wrongdoer’s insurance company sent you a letter that they are investigating coverage and may not pay for your injuries. You or your lawyer should have already notified your insurance carrier of the crash.

Now that there is a denial of coverage from the driver (or no evidence of he/she having coverage), your uninsured motorist coverage is triggered. But what if you don’t have enough coverage to pay to compensate everyone in your car, including you, for their losses?

Dram shop laws hold liquor sales permit holders responsible for injuries or death when the permit holder breaks the rules. In Ohio, an innocent third party can successfully sue a bar or restaurant for serving someone alcohol who shouldn’t have been served. Suppose the drunk driver is under the legal drinking age. In that case, anyone who provided the person with alcohol is liable for injuries caused by the intoxicated person.

Even if the drunk person is over 21, the server is still liable under certain circumstances. For instance, when an establishment serves someone who is noticeably intoxicated, the permit holder is liable under Ohio law.

WHY CAN’T THE DRUNK DRIVER SUE A BAR FOR GETTING HIM OR HER DRUNK?

Ohio dram shop laws require the injury victim to be an innocent third party. The diminished capacity of drunkenness is no excuse for bad behavior. Thus, a person who consumes alcohol cannot successfully sue the person who served him/her. Our laws are designed to help the public, not the irresponsible. Thus, if someone’s drunkenness led to his/her injury, that individual is exclusively responsible for his/her injury. However, if you are an innocent victim, the person who broke the rules shares fault with the person who directly hurt you. It is about holding people accountable for their conduct.

Have you been injured in an auto accident? Get proper medical care and let your doctor know of all of your physical and emotional changes from the crash. Call ME, Michael Eisner at 216-905-2200 for a free case evaluation. On most cases, I only charge a fee when I am successful in getting you a recovery.

Michael Eisner has proudly represented injury victims in Ohio for over a quarter century. http://michaeleisnerlaw.com/contact-us/ 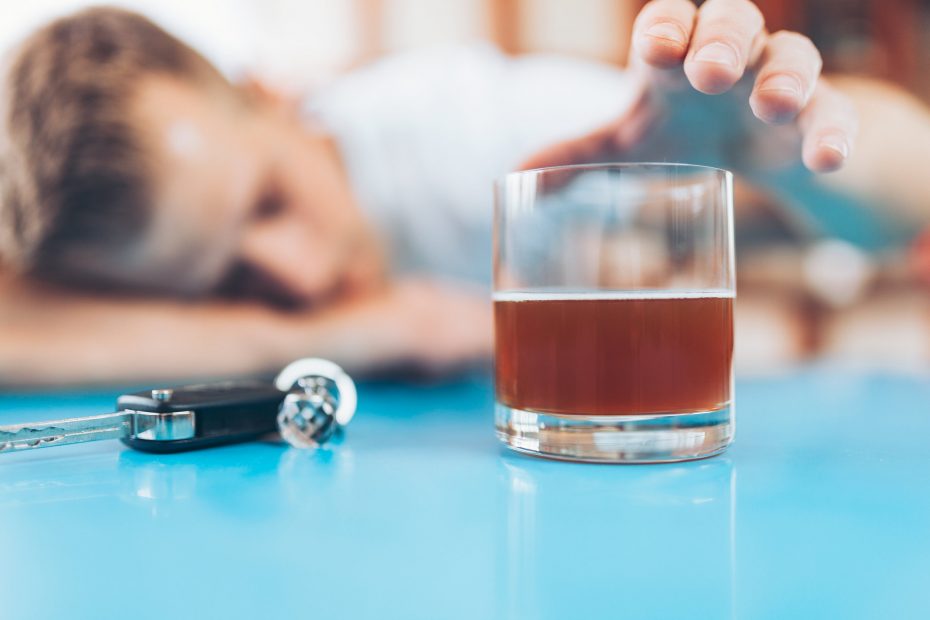